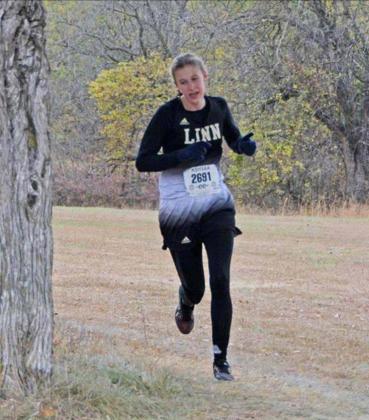 Dan Thalmann
Body
LEONARDVILLE – Clifton-Clyde qualified as a team in the girls Class 1A regional meet on Saturday at the Leonardville Golf Course and two individuals qualified from Linn and Hanover. The Eagles took second place with 49 points behind Doniphan West’s 23 points.

Class 1A state race is at Victoria on Saturday

News Staff
Body
VICTORIA – For the first time in years, the Class 1A state cross country meet will not be held at Wamego. This year’s Class 1A and 2A races are scheduled for Saturday at Victoria at the Sand Plum Nature Trail on Golf Course Road.

Dan Thalmann
Body
WASHINGTON – Three Washington County runners competed in the Class 2A regional cross country meet on Saturday at Cedar Hills Golf Course, outside of Washington. Kiersten Tholstrup, a Washington County freshman, was the top finisher for the Tigers.

Dan Thalmann
Body
The first rounds of football playoffs is this Thursday and all three local teams will play. Clifton-Clyde and Washington County are in the 8-man Division I tournament. 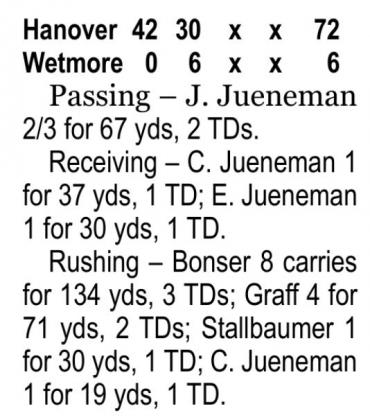 Dan Thalmann
Body
HANOVER – The Wildcats made quick work of Wetmore in their final regular season football game on Friday at Hanover to keep their undefeated record. The team jumped out to a 42-0 lead after the first quarter and ended the game at half with a season-high scoring effort and 72-6 win.

Dan Thalmann
Body
LINN – The Bulldogs qualified for their first state tournament since 2007 after sweeping the competition on Saturday at Linn. Linn hosted a substate tournament for Class 1A-Division II with six teams. They had a bye the first round, then faced Pike Valley. They dominated the Panthers, putting up nine points in a row in the second set. They won 25-14, 25-8. 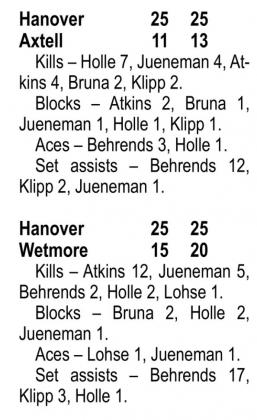 Dan Thalmann
Body
AXTELL – Hanover qualified for the state volleyball tournament by winning their substate championship on Saturday at Axtell. This is their first state bid since 2017.

Dan Thalmann
Body
CLYDE – Clifton-Clyde was not allowed to compete in their Class 1A-DI substate tournament on Saturday at Sylvan-Lucas. The team was on the bus and had just pulled into the parking lot at Sylvan Grove, ready to go into the substate tournament, but was then informed by the Cloud County Health Department about a COVID situation at the high school and that they should not play. Clifton-Clyde was the #4 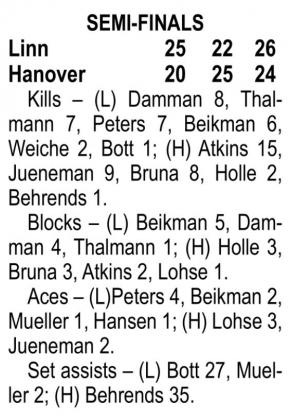 Player stats from TVL championship round